The Mosque Painter Who Accepted Jesus 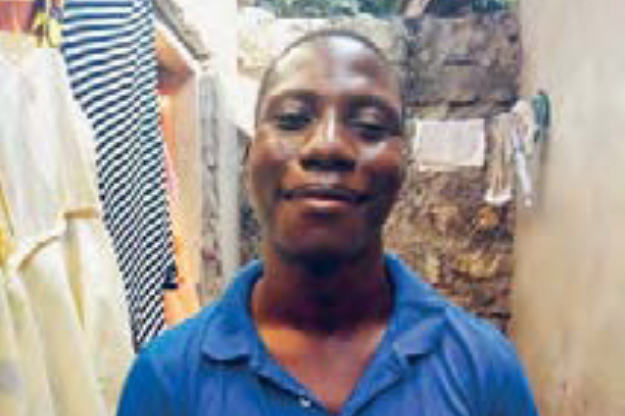 “I want to know Jesus. I felt like a load had been lifted from my shoulders, New joy and peace had entered my heart and I knew I was born again.”
Ali Mohammed was a mosque painter. As a strong Muslim man, he had no interest in the Christian faith and was deeply involved in the local Islamic community. “I had never entered a Christian church in my life,” he said. Ali was born into a Muslim family and now, at age 28, was married with two children, raising his own Muslim family, and teaching classes in the Quran to local children. “I was fully convinced I was going in the right direction in my life. No one would convince me otherwise,” he said.

Before major Islamic festivals each year, Ali was responsible for painting the many mosques in the area. He relied on this work to support his family and he even received gifts of furniture and other household items from the mosque as payment. Then one morning, on his way to a painting assignment, Ali was stopped by some men in the street. “They told me they were preachers and they were sharing the word of God with the residents of Malindi town,” Ali said. “Of course, I knew I would not give them much of my time.” He told them he was a Muslim and had no interest in Christianity, but they gently persisted and he decided to let them speak.

“They talked about eternal life and Jesus Christ. I am not sure how or why, but I did not bring up the usual arguments,” Ali said. “For some reason, that day, I was interested.” For the rest of the day, Ali couldn’t stop thinking about that encounter. “The words of the evangelists were still in my mind,” he admitted. “I had no peace.” When his wife asked what the matter was, he told her what had happened and the more he talked about it the more his heart changed and it lead him to a bold decision. “I called my Christian Uncle who is a pastor in Eldoret and he told me to go speak to his friend who is a pastor in Malindi.”

“The security guard at the church gate had endless questions,” he remembered. “They really interrogated me. I do not blame them; they were taking precautions due to attacks by Islamic extremists against churches in Kenya.” Ali told them he just wanted to speak to the pastor and when the pastor came out to meet him, he explained his story. “I want to know Jesus,” he told him. Ali made a commitment to salvation standing in that church yard for the first time.

“I felt like a load had been lifted from my shoulders,” Ali said. “New joy and peace had entered my heart and I knew I was born again.” He ran straight home and brought his wife, Mariam, back to the church. Unlike her husband, Mariam had been raised as a Christian but converted in order to get married. “I knew down in my heart that I had not done the right thing in running away from God,” she said. “I felt so empty and hopeless as a Muslim.” All those years ago, Mariam remembers praying that her husband would become a Christian.

“I doubted it would happen,” she said. “But when my husband came back that afternoon and informed me he had made commitment for salvation, I was shocked.” She went back to the church with her husband, they met again with the pastor, and she gave her life to Christ as well. The couple faced opposition from their Muslim community when they found out about their conversion. The Mosque repossessed the furniture that had been donated to the family and demanded that they move out of their home, but they were undeterred.

New joy and peace had entered my heart and I knew I was born again.

“When they took all our household items and we were asked to leave the house that we had been given, I expected that.” Mariam said. “I needed a new beginning. I could feel my husband’s determination to remain in Jesus. It was such a passion.” The couple’s new church community came to their aid – finding them a new home and helping Ali get a new job. “I saw the love of Christ at the very beginning of my walk with Him demonstrated by the brethren from the Church,” Ali said.

This couple’s life and the lives of their children, have been completely changed. All because of a few men who stopped Ali on the road and shared the truth of Jesus. “I found the light,” Ali said, “and I can’t return to the dark. I am so ready to share the light with as many people as possible!” “Surely salvation has brought more things than I had asked,” Marian exclaimed. “I am so happy to have been reunited with my Saviour, Jesus Christ.”

COVID-19 pandemic has affected majority of countries in Africa. Confirmed cases of COVID-19 in Africa were 189,559 as of 8 June up from 51,000 a month ago. The numbers are growing fast. A new report by the Partnership for Evidence Based Response to COVID-19 (PERC)... 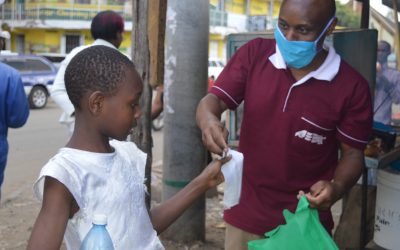 Our global future is nothing like our past. The world is reeling as it wrestles to contain the novel coronavirus pandemic and the economic devastation that lies in its wake. What does this struggle look like for the continent with the world’s highest population growth... 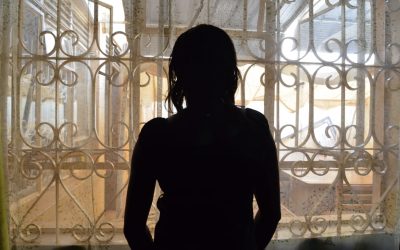 The Nakulabye area of Kampala is estimated to have at least 500 working prostitutes, some are as young as 14 years old. Others are married women who trek in from rural areas to make money for their families.

Being Salt and light in the most difficult circumstances

At the entrance of the Buskenyi slum in Western Kampala stands Nakulabye West church of Uganda. The side walls of the church actually form one side of the slum gateway, and the back of the church overlooks the slum proper.

The Importance of Prayer in Mission: Kampala

City outreach and stratified evangelism began this morning with our team being invited to speak to the police officers in the Old Kampala Police Headquarters. The mission team arrived as the officers were completing their morning march.

When AE Uganda began preparing for this mission over a year ago, they found that there were deep divisions in the local churches and some refused to work together at all. Before we could do effective outreach to the city, we first had to help heal the divisions within the churches.