Tanzania is richly diverse ethnically, linguistically and religiously. It is surrounded by eight countries: Burundi, the DRC, Kenya, Malawi, Mozambique, Rwanda, Uganda and Zambia, which contributes to this demographic diversity. Dodoma is the capital city, though Dar es Salaam is the largest with five million people. African Enterprise Tanzania’s office is in Dar es Salaam, and Felix Mshom is the Team Leader. Tanzania is well known for its great natural beauty: beaches and the island of Zanzibar in the east, savannah grasslands, densely forested mountain regions and Mount Kilimanjaro. It is a tourism hub for safaris.

Unfortunately, the 50 million people who live in Tanzania are some of the poorest in the world. This poverty is partly due to a large youth population, 65% being under the age of 25. The HIV/AIDS epidemic and high number of children per woman (4.8) create fast population growth, but an aging infrastructure cannot keep pace. Other reasons for poverty include significant refugee influxes over the last century, especially from Burundi and the DRC and mismanagement of the vast mineral and agricultural wealth of the nation. The government is slowly expanding the economy through industry and mining, but the majority of Tanzania’s people remain poor. AE is working in Tanzania with urgency to bring people the best solution – Jesus.

Emmanuel has been with AE for more than 20 years now and currently serves AE as Pan African Director for Reconciliation. He was born in Tanzania, where he now lives with his wife Angeline in the city of Dares Salaam. His work of evangelism and reconciliation has taken him throughout Africa and the world.

Emmanuel has studied both theology and telecommunications. He worked as a lecturer before joining African Enterprise as the Tanzanian team leader in 1986.

In 1995 he moved to Nairobi, Kenya to co¬ordinate AE’s work in East Africa then in 1998 he began the coordination and leadership of AE’s Reconciliation Ministries at Pan African level. This reconciliation work has been Emmanuel’s primary role since 2000. He has had some ongoing involvement with AE’s work in Rwanda but his particular focus has been Burundi and the Democratic Republic of Congo. 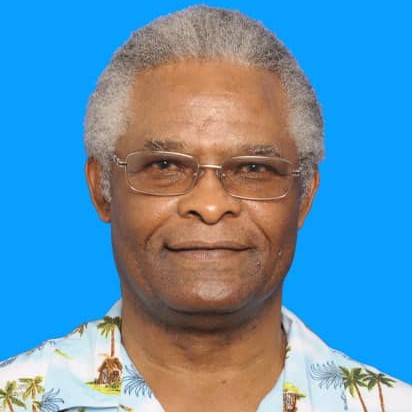 Although it has not featured regularly in the Western media, the people of Burundi have been experiencing a horrific slow genocide for many years. Emmanuel’s work in Burundi has largely been determined by the political changes in the country.

The initial work focused on church leaders, seeking to create unity within the church. This unity was a prerequisite to creating an authoritative voice for the church, without which any advocacy or prophetic voice in wider society would not have been possible.

The work with the church leaders led to involvement with the rebel movements behind the scenes. In 2004 the rebels agreed to cease fire, return back to Burundi and be part of the democratic process. AE’s work providentially moved on to dealing with reconciliation between the rebel soldiers and the army officers in preparation for the integration and creation of a joint national army. This reconciliation work continues within the Army, Police and many other sectors of the public. In 2007 we are asking the Lord for open doors into the military camps.

The major need today and the focus of AE’s work is trauma healing and reconciliation, the work also continues in aspects of good governance targeting leaders from the national level to the grass-roots level. AE is committed to training local trainers who can continue this long but vital work.

This vast country has been ravaged by terrible governance for more than thirty years. The scriptures tell us that “where there is no vision, the people perish” and over the past ten years this country has lost more than 4 million people. The ongoing violence has created a sense of hopelessness and a deep need for trauma healing amongst the people.

Once again, the focus of AE’s work has been the church leaders. Despite a lack of resources this work has produced much fruit. The church played a vital role in providing civil education in the preparations towards the recent elections. The result was a highly successful democratic election. In some provinces the reconciliation efforts of the church led to warlords realizing the need to join the democratic government.
Today more than 400 tribes are seeking to live together in the DRC. AE and the churches face an enormous challenge as they work for the healing of this nation.

Emmanuel continues to lead this work with integrity and passion. He is committed to equipping the church so that it can be an advocate for those most marginalized and affected by war in the African continent, particularly women and children. The call to do ministry in the DRC is high we seek the support of all well wishes to assist in the plight of the suffering communities of the DRC especially the eastern corridor.

A long term locally run project in Magu (Tanzania’s north), is the HIV/AIDS Project. AE has been working alongside medical workers and local communities for over 10 years to mitigate the strain of HIV/AIDS on local and vulnerable communities. HIV/AIDS was first reported in Tanzania in 1983 and AE is working to stop the spread, through education.

The beauty of this project is that it focuses on whole communities; educating school teachers, peer and religious leaders, school HIV/AIDS committees, district health coordinators, parents and young people. Part of the educating process is reducing the stigma of HIV/AIDS, increasing the care that young people take with their bodies and focusing on how to care for HIV/AIDS sufferers.

Specific topics may include: